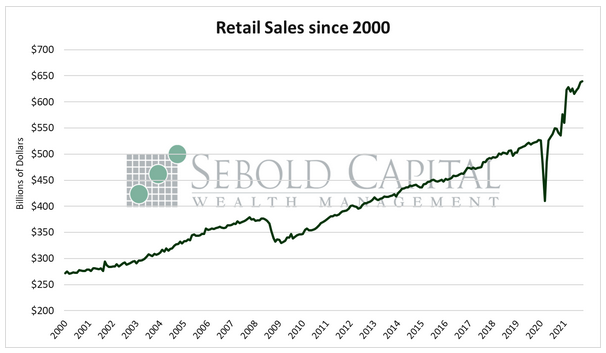 In November, retail sales rose by 0.26% to $639.8 billion, well below market expectations of a 1% advance. Three out of the four broad categories that make up the report advanced last month. Sales at sporting goods and bookstores rose by 1.3% to $9.5 billion. Spending at bars and restaurants increased by 1% to $73.7 billion, while apparel sales rose by 0.5% to $26.5 billion. However, sales at electronics and appliance stores, which declined by 4.6% to $8.0 billion, largely offset the gains in other categories and suppressed retail sales for the month.

Consumer spending slowed down last month, barely rising despite the fact that Christmas shopping traditionally starts in November. It seems that this year’s Black Friday was a bit of a disappointment, with clothing sales barely increasing and spending on electronics posting its largest decline in nine months. Sales at department stores also declined the most since February, while spending at nonstore retailers remained unchanged from the previous month. It is important to point out that retail sales are not adjusted for inflation, and if last month’s figure is deflated, it actually becomes negative. Consumer prices rose by 0.8% in November, meaning that spending fell by 0.54% in real terms. It is likely that the ongoing supply chain disruptions were at least partially responsible for the disappointing retail sales number; consumers will have a hard time spending money if there is no inventory to buy. This, coupled with surging prices, was one of the reasons behind the lackluster Black Friday deals this year. If consumers have nothing to buy and little incentive to spend, then this holiday season will be tough for retailers. 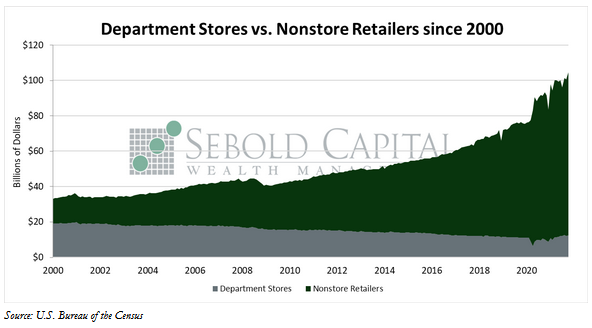