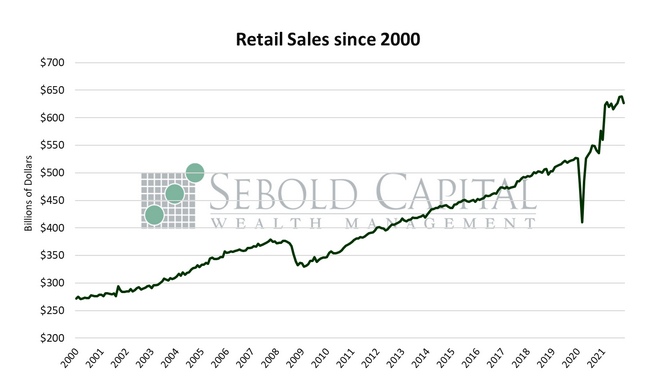 In December, retail sales declined by 1.91% to $626.8 billion, coming in well below market expectations of a 0.3% advance and posting their first decline since July. All of the four broad categories that make up the report retreated last month. Sales at sporting goods and bookstores fell by 4.3% to $9.1 billion. Apparel sales declined by 3.1% to $26.1 billion, while sales at electronic and appliance stores fell 2.9% to $7.4 billion. Spending at bars at restaurants declined by 0.8% to $72.5 billion.

Consumer spending continued to slow down in the last month of 2021, marking the end of a remarkable year—but a very disappointing fourth quarter—for consumer spending. Even though retail sales surged by 16.9% on an annual basis, they declined by 1.8% in the fourth quarter as supply chain issues and rising prices continued to take a toll on the economy. It is important to point out that those are nominal numbers; they are not adjusted for inflation. Doing so yields an even more disappointing result—a 2.4% decline in real consumer spending. This does not bode well for GDP growth as consumer spending makes up the largest share of the US economy. Expectations for GDP growth have already been curtailed throughout the year with the release of each quarterly estimate—from an annualized growth rate of 6.7% in Q2 to 2.0% in Q3. It is very likely that the first Q4 release, which will come out in late January, will continue this trend and show much slower economic growth than what was originally expected in early 2021—a sign perhaps that surging inflation is starting to really weigh on economic activity. 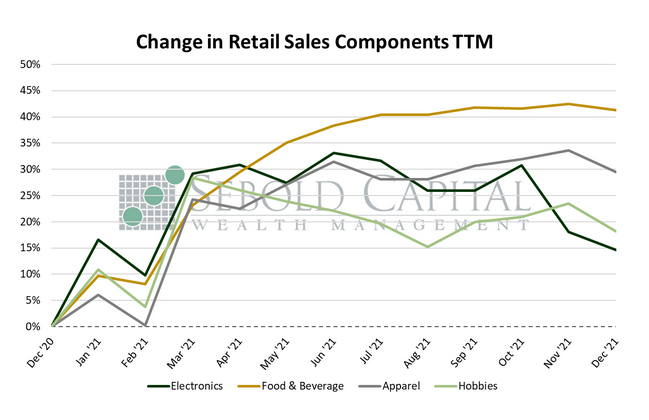 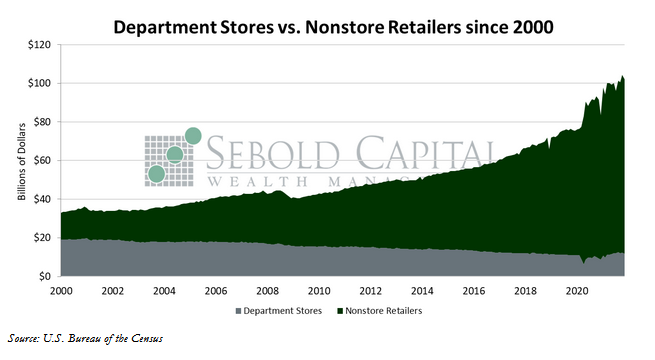