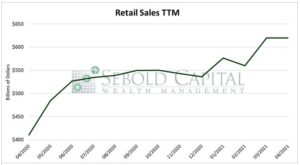 In April, retail sales remained largely unchanged, rising by a mere 0.02% to $619.9 billion. Two of the broad categories that make up retail sales increased last month. Consumption of food and beverages rose by 3.0% to $64.9 billion, while sales at electronics and appliance stores grew by 1.2% to $8.4 billion. However, clothing and apparel sales declined by 5.1% to $23.5 billion and sales at sporting goods, book, and music stores fell by 3.6% to $9.6 billion.

Retail sales were mostly flat last month after surging by 10.7% in March as the effects of the third round of stimulus checks faded from the economy. Despite the relatively weak numbers, retail sales have surged by 51.2% over the past year and are now well above pre-pandemic levels. Consumption did slow down early on in the pandemic, but quickly picked back up as the economy began to reopen. Consumer spending is now shifting from retail to services such as travel and entertainment, as these have been some of the last ones to resume operations. Department stores sales declined by 1.9% to $10.9 billion and non-store retail sales fell by 0.6% to $87.7 billion, highlighting this shift. Over the summer months, consumers are likely to continue to pivot towards services and entertainment, especially as most of these establishments have reopened and are close to operating at full capacity once again. 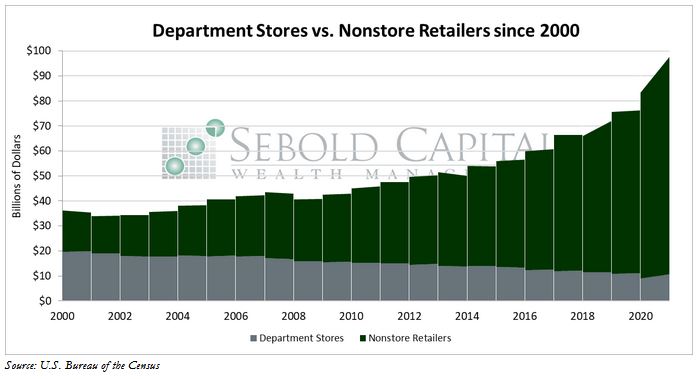