As we look back on how rapidly our world has changed over the years we certainly have to look at social media usage. Social media is primarily a way of exchanging and communicating information and opinions. In the figure below, we look at the percentage of social media users between certain age ranges. It should come as no surprise that the youngest adults took social media and ran with it initially. But if we look back just 10 years ago, less than 15% of people between 18 and 29 used social media. Now, 90% of that age range uses social media. All age groups have user rates of at least 35%. While the youngest adults were the only group to embrace it at first, we have seen a steady increase in all groups over the last 10 years.

Social media has changed everything from the speed at which we receive information and communicate to how a business operates. Instead of reading the morning newspaper or listening to the radio, people are able to follow major events in real-time. Politicians and political organizations are able to leverage social media platforms during campaigns for funding and support. Companies are communicating products and services via Facebook, Twitter, etc. instead of on billboards. An important caveat is that, like everything online, people are entitled to opinions and beliefs, which can distort the factuality of information regarding current events, the economy, etc. The bottom line is social media has changed a lot of what we do on a day to day basis and in a relatively short time span. As more and more users from different age groups embrace it, it will continue to evolve and improve. 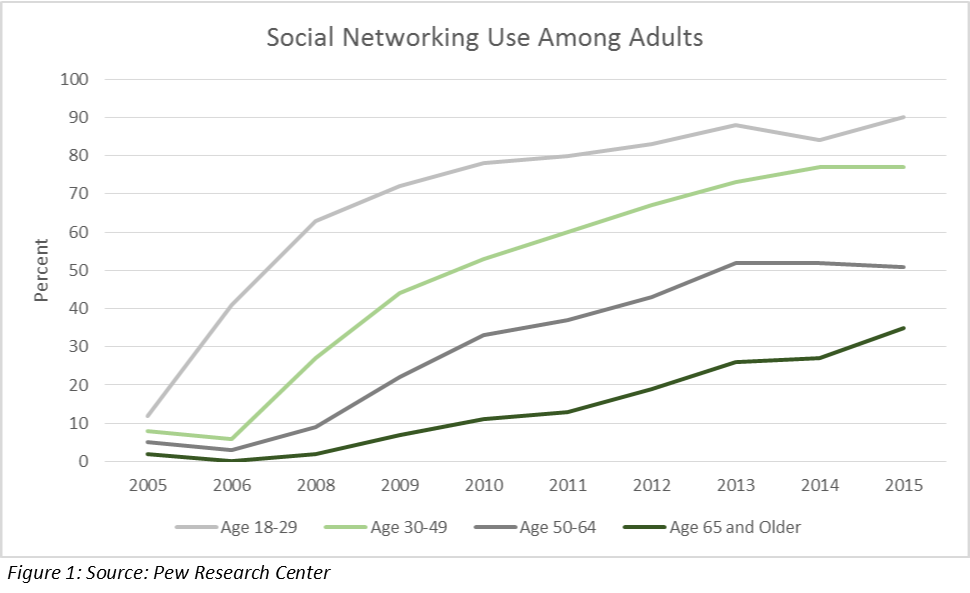