As the political season has begun and the debates are heating up, we have heard more and more about the mystery of a vanishing ‘Middle Class’. Though we have yet to hear who or what is defined as the ‘Middle Class’, we have been sufficiently reassured that it is both incredibly important and that the state of our economy rests on its size. Luckily for the economy, the markets ignore this rhetoric. Twenty years ago, one third of all workers in developing nations were considered extremely poor. As these markets grew and economies matured, millions followed the path of upward mobility. The fastest growing, and now largest segment in these same countries, is the ‘Middle Class’. Coming in second in both pace and populace over that time, is the ‘Upper Class’. To reiterate to our previous post- sometimes the middle class, by whatever definition, is shrinking because the upper class is growing, and that means the economy is working. 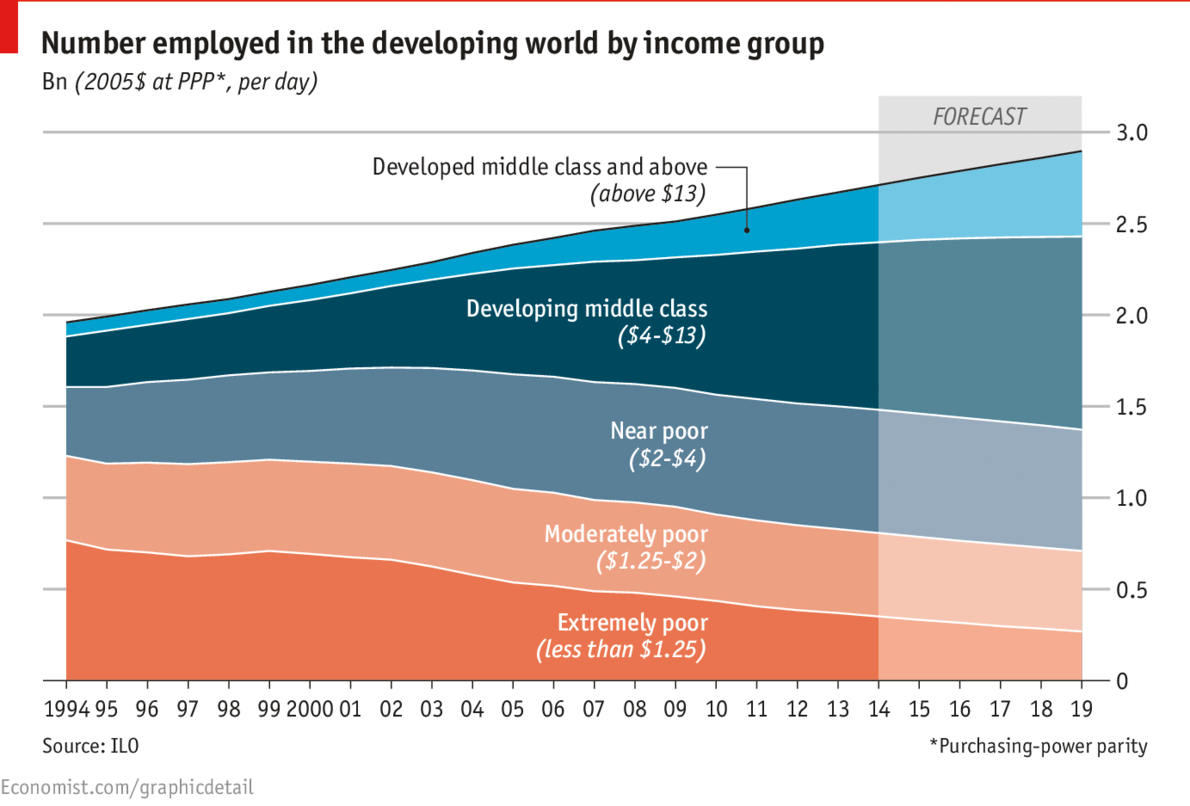