If you think playing in 120⁰ heat of Qatar would be miserable, how about those working all day constructing the sites for the 2022 World Cup? Since Qatar won the rights to host in December of 2010, there have been 1200 worker deaths attributed to the construction of the facilities. Is this the cost of the games? Or is the mortality count unusually high? The preparation for the Winter Olympics held in Sochi was the most deadly project in recent memory with 60 deaths. The International Trade Union Confederation has estimated that the death toll will reach over 4,000 workers by completion. The country is estimated to be spending $200 Billion on the project, around 100% of its GDP, and 1,852 times more per capita than South Africa spent in 2010- not including any cash payments to FIFA officials. The games hopefully will not be deadly, but getting the stadiums built has been. 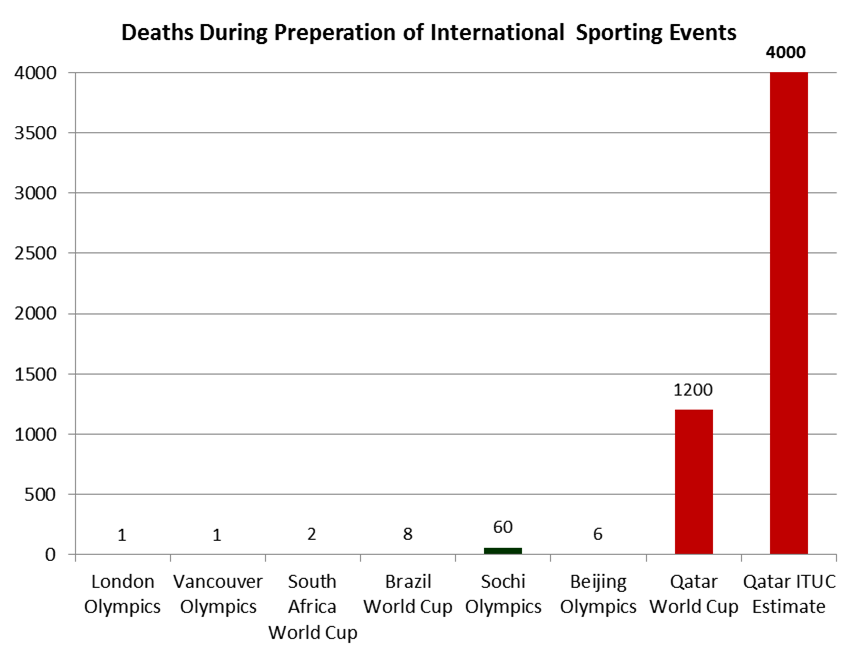