The Setting Every Community Up for Retirement Enhancement Act of 2019, better known as The SECURE Act, is a retirement security package under debate in Congress.  Currently, the bill is stalled in the Senate after passing through the House of Representatives in May 2019.  Among the changes to retirement plans and 529 plans, two of the more notable changes, if passed, would impact Individual Retirement Accounts (IRAs).

First, the bill proposes to delay the required beginning date for required minimum distributions (RMDs) to April 1st of the year following the year the IRA owner turns 72.  IRA owners under current law must take RMDs starting at age 70 1/2.  The second notable change is the proposal to limit the “stretch” of IRA distributions for non-spouse beneficiaries.  Instead of distributing based on the beneficiary’s life expectancy, the account would need to be distributed within 10 years.  This provision is in place to pay for the longer tax-deferral period to age 72 for the IRA owner.

To see the impact this could have on a beneficiary’s taxes, let’s consider an example:

Suppose an IRA worth $5 million is left to the IRA owner’s child, who is 40 years old and entering some of the higher income periods of his/her career.  Under the current rules, the distributions and growth of the inherited IRA would look like this: 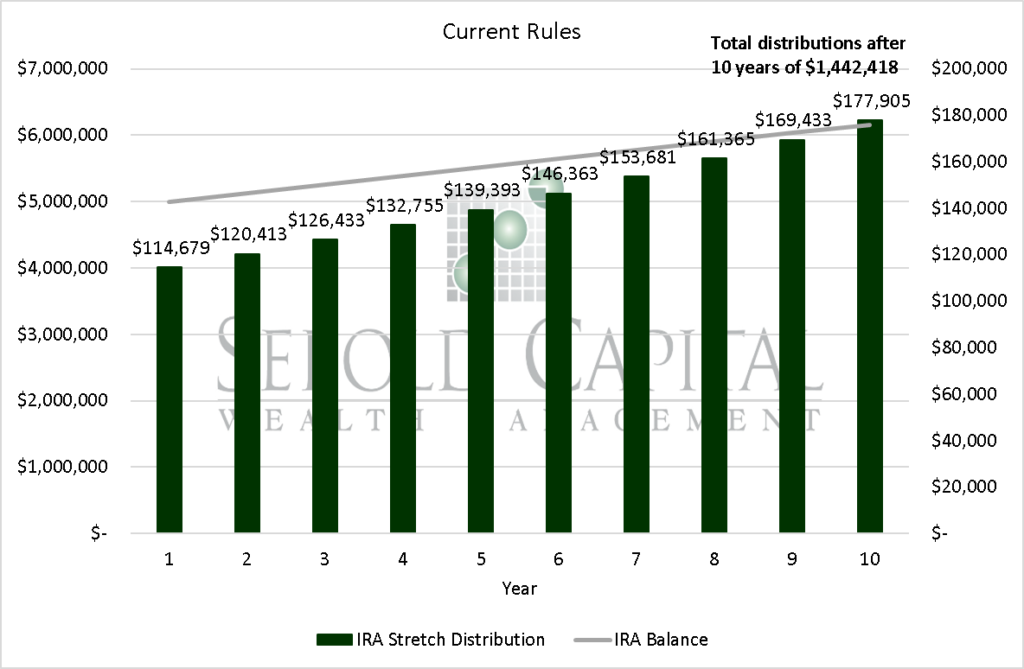 The distributions are a small percentage of the overall account so the account can continue to grow tax-deferred (can be higher or lower based on investment performance).

If we consider the same example before, but under the 10-year distribution rule, the situation looks much different: 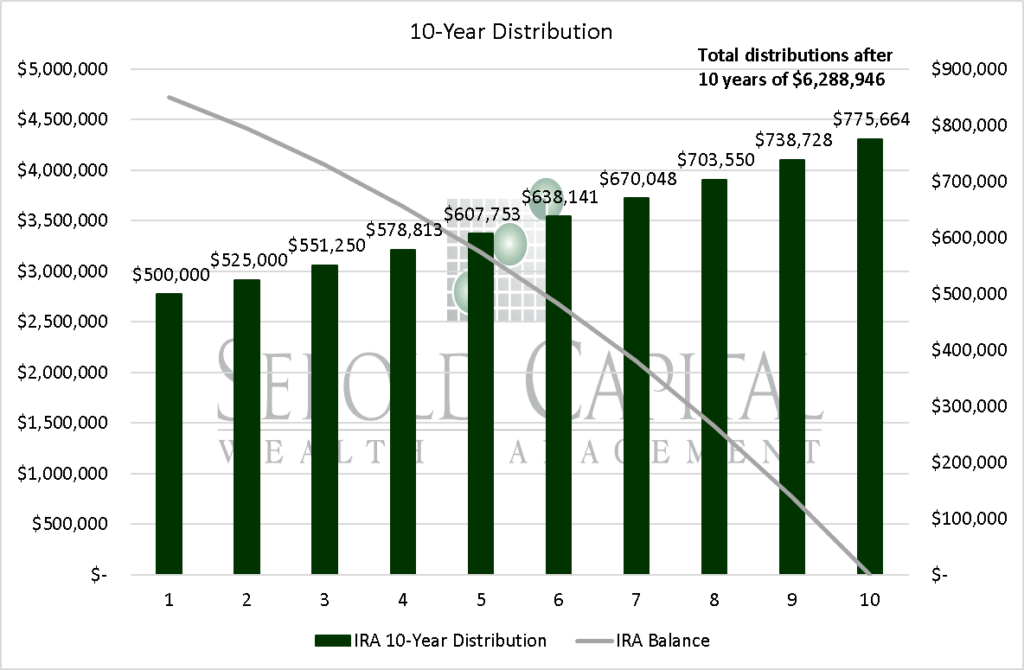 As seen in the chart, not only is the entire account spent down in that period, but over $4.8 million more is distributed in the compressed 10 years, adding substantial ordinary income to someone entering peak earning years.

While the bill has not passed and there is no guarantee it will, the potential for these changes make strategies such as converting pre-tax IRAs to Roth IRAs even more appealing moving forward.  While the beneficiary would still have required distributions, limiting the amount that would be includable in income would save a significant amount in taxes.

We are monitoring the status of The SECURE Act closely and will update in more detail if passed into law.