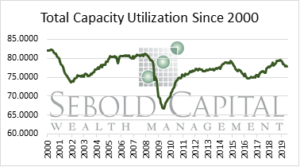 The recent slight drop in total capacity utilization reflects a slightly slowing US economy, which could be brought about by a slow in business production as many firms look to cut costs now in anticipation of a more significant economic slowdown in the next year or so. Despite this, unemployment is still down significantly and so are retail sales; demand created by consumers will continue to drive the US economy in the near future because of this. 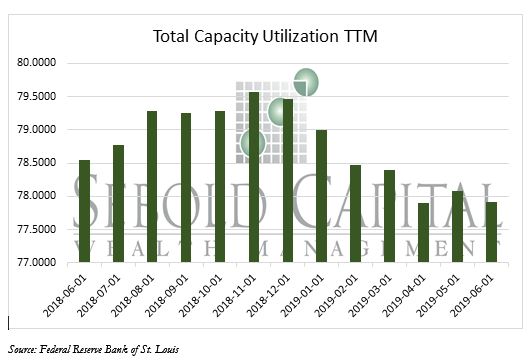