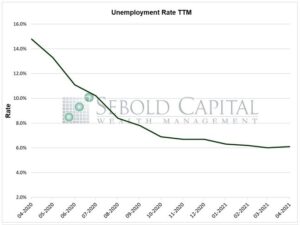 Employment continued to rise in April, although it largely fell short of most projections. Economists had predicted that over a million jobs would be added last month, which turned out to be a considerable overstatement. However, the number reported by the BLS differs from the results of the ADP Payrolls Survey by a wide margin. According to the latter, there were 742,000 jobs added last month. Most of April’s job gains occurred in the leisure and hospitality industry which, up until recently, had been facing significant restrictions related to the pandemic. As most of those measures have been rolled back, the battered industry has been able to reopen and regain many of the jobs it had previously lost.

Earnings rose last month, which is a sign that the labor market is becoming slightly more competitive and that perhaps employers are being forced to pay higher wages in order to attract and retain workers. This would normally be regarded as a sign of a strong labor market; however, that is only true when it is just businesses competing against each other for labor. Currently, businesses not only have to compete with each other, but also with government programs. The federal government began providing additional unemployment insurance benefits last year when the pandemic began and loosened the requirements to be eligible for that aid. While the additional benefits have decreased from $600 per week to $300, they still have created an environment in which it is more profitable for many people to be unemployed. Until these programs expire, which is supposed to happen in September, unemployment is likely to remain elevated and it will be increasingly difficult for businesses to find workers to meet the rising consumer demand resulting from a reopening economy. 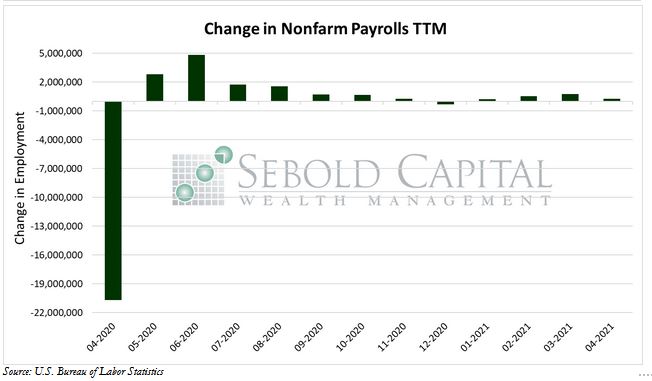