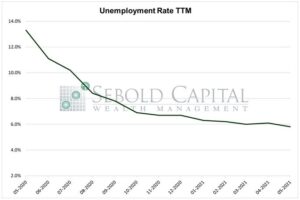 The labor market improved last month after an abysmal jobs report in April, although job creation still fell short of most projections. Economists were expecting about 650,000 jobs to be added in May and missed the actual figure by almost 100,000. The employment level is now about 7.6 million jobs below its peak in February 2020. Most of May’s job gains occurred in the leisure and hospitality, education, and healthcare industries. The unemployment rate finally dipped below 6% last month, although it could be revised upwards in the coming weeks.

Average earnings rose again last month, beating forecasts and signaling that the labor market is becoming more competitive. Employers are likely having to pay higher wages in order to attract and retain workers. This is usually a sign of a strong labor market in which businesses must compete with each other for labor, or in which workers are becoming increasingly more productive.

Businesses are not just facing competition from each other at the moment, but also from overly generous government programs. Expanded unemployment benefits and three rounds of stimulus checks from the Federal Government have discouraged many individuals from going back to work, resulting on a labor shortage. This has weighed on capacity production, causing supply chain constraints. The premium that businesses must pay for labor has contributed to the ongoing inflationary pressures being felt throughout the economy. This is further aggravated because those who are unemployed are likely still consuming at a level that is close to normal while not producing anything, leading to an imbalance between supply of products and services; and demand for money. Several states have already taken measures to rectify the situation, mainly by opting out of the additional unemployment benefits. We do not expect to see the labor market return to some sort of equilibrium until these programs end at a nationwide level. 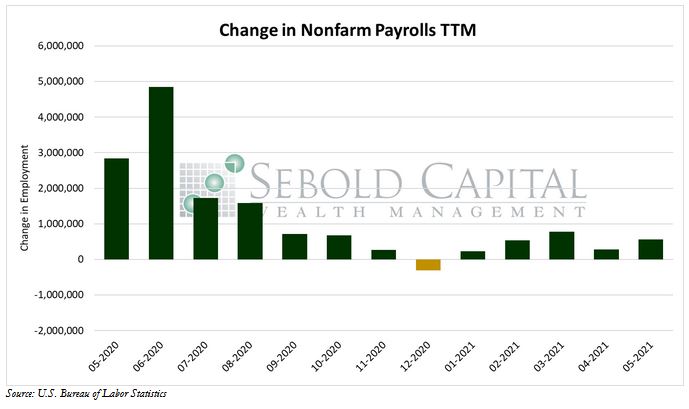