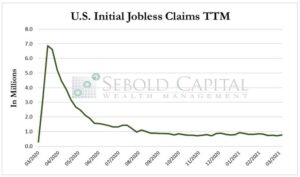 Last week, initial claims surged by 6.21% to a total of 770,000—the highest level in over a month. However, the number of continued unemployment insurance claims declined by 0.43% to 4.12 million. The number of both initial and continued claims remain considerably above their respective long-run averages of 372,000 and 2.81 million.

Initial claims unexpectedly surged last week even as many states continue to lift restrictions. The figure was expected to decline to around 695,000, as several economists had forecasted. The previous week’s level of 712,000, one of the lowest readings of the pandemic, was also revised upwards to 725,000. Despite this spike, the four-week moving average, which smooths out fluctuations in the data, fell to 746,250. Last week’s initial claims report has shown that, even as the economy continues to recover, the slack that is present in the labor market will not go away overnight—meaning that layoffs may remain relatively common for a while. 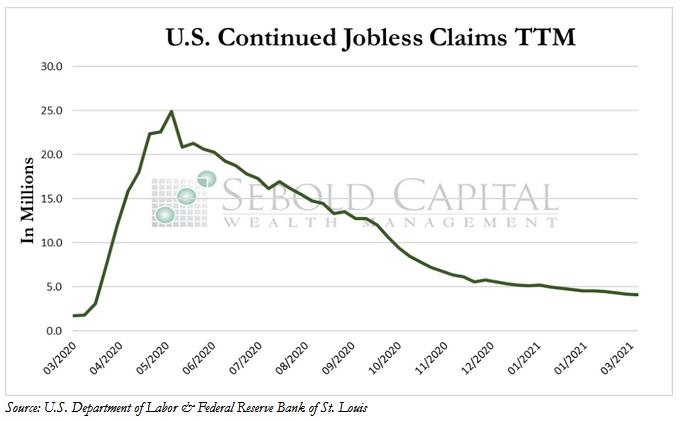