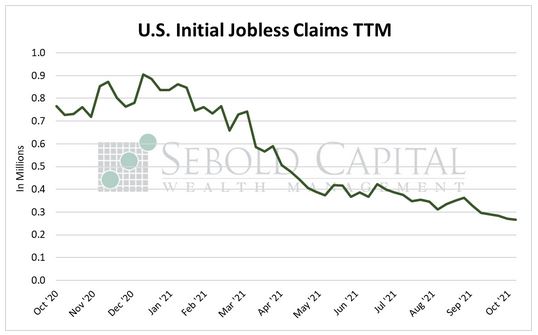 Last week, initial claims declined by 1.48% to 267,000, hitting another pandemic low. However, continued claims rose by 2.81% to 2.16 million. The number of initial claims is now well below its long-term average of 372,000 and it is quickly approaching pre-pandemic levels. Despite the recent increase, the number of continued claims is now well below its long-run average of 2.81 million.

Initial claims have declined considerably over the last several weeks, reflecting the fact that businesses are holding on to their workers. The figure has decreased by 97,000 since the first week of October, posting five consecutive weeks of declines. Continued claims have also posted considerable declines, especially since the enhanced unemployment benefits expires at a nationwide level. That happened in early September, and continued claims have fallen by 23.4% or over half-a-million. This figure serves as a proxy for the number of people who were previously collecting unemployment benefits and have now gone back to work. As labor supply remains limited, initial claims will likely decline further as working will be a better alternative than sitting home and not collecting unemployment payments. 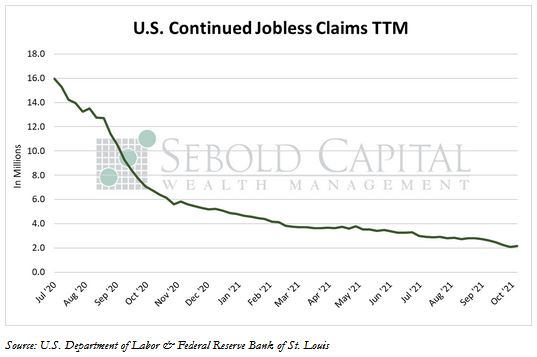