The FED justified its aggressive monetary policy in 2010 as a way to “promote a stronger pace of economic recovery”. Have prices risen in the last 15 years because more dollars are chasing fewer goods? This chart shows a cumulative increase in price on a percentage basis indexed from 2000. For reference, a growth of 2% annually (the FED’s current target) would add up to about 35% on the right axis in 2015.

It is interesting to see where prices are actually rising. Medical care, housing, and food are the components that have pulled CPI upwards the most. All of which are subsidized by the government. In support, the chart also includes college tuition. Tuition remained steady, rising with all other prices until the late 90’s when the government began subsidizing the costs through student loans. Since universities are able to charge students what they want, knowing all too well that the balance will be picked up by the government, prices have skyrocketed. While it appears federal loans have made college more affordable to students, the data suggests that it has actually caused the exponential rise in costs. 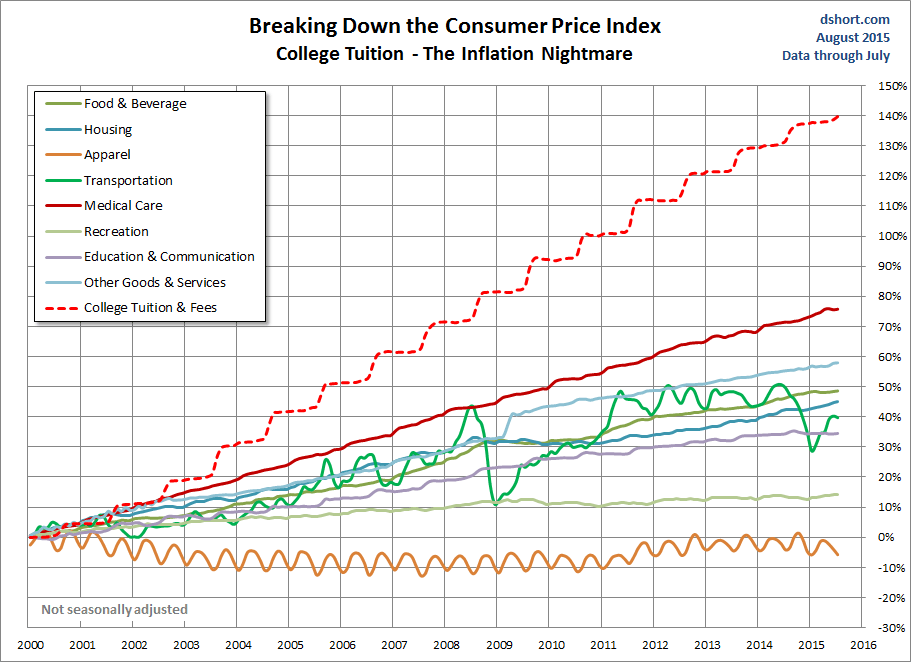