Bringing the gym class favorite “boys vs. girls” into the workplace, Gallup sought to answer the question of which gender is the preferred sex to have as a boss. They found, as shown in the graph, women are more opinionated in regards to gender in the workplace then men. Though both sexes prefer men as managers, women feel much stronger about having a male boss, nearly 40% replied this way. Interestingly, the two sexes prefer their own gender at roughly the same rate at 25% of respondents. Nearly 60% of men responded that they have no preference one way or another, while only a third of women had no opinion. Can we infer that women think men are better bosses? Or that men are generally unconcerned with who signs their checks? 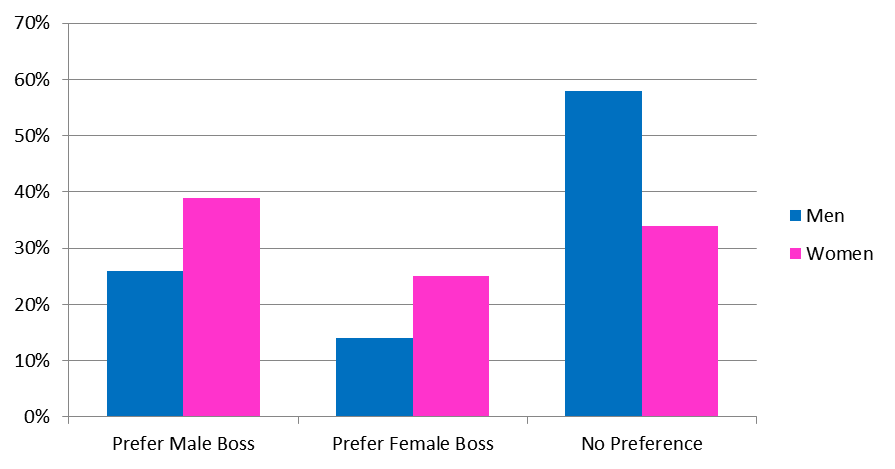