Walmart has been the easy target during the last twelve months as activists push for an increase in minimum wage. Why wouldn’t they be, right? They bring in billions of dollars while paying some of their workforce minimum wage- surely they can afford to cover the costs of an extra dollar or two per hour for those employees, right? As always, we like to go straight to the source. We reviewed the income statements of a handful of the largest companies on the market and compared their net income against their total revenue to calculate profit margin in the most recent available quarter (Q2 2014).

Turns out, Walmart only keeps three cents for each dollar they earn in revenue. Apple on the other hand pockets almost a quarter. To illustrate, during a 31 day month, every cent that Walmart receives for the first 30 days is paid out to cover costs. Only the last day of the month, more specifically the last 23 hours, Walmart earns 100% of its profit for that period. On the other end of the spectrum, Apple would earn only profit after just 3 weeks of sales to cover costs, over the same period. 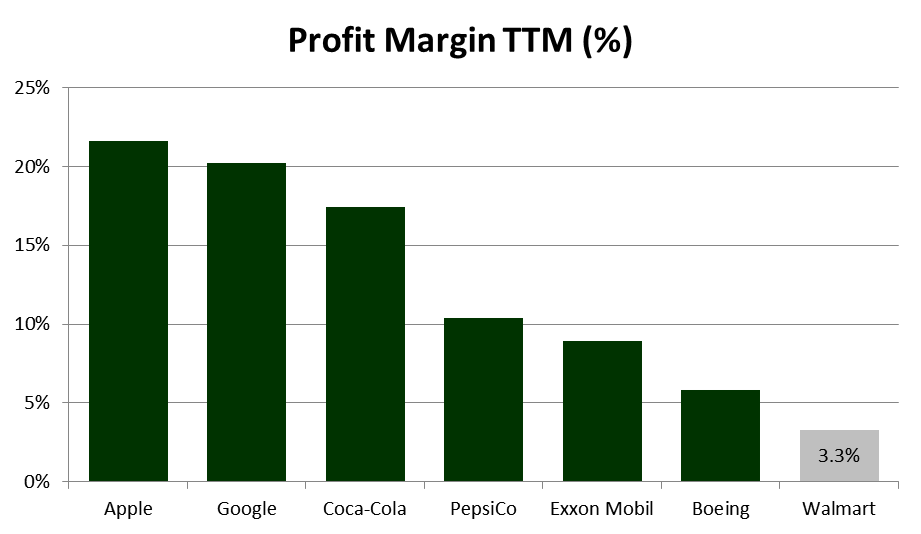